From this article we will go through network security as whole from basic to expert level. It will help you get better idea of Network Security. It’s just the reference for people who are interested in network security but don’t know from where to start there is more to do by own.

Always remember that “Defense in Depth” is Key of NETWORK SECURITY.

In this Network basics article series we will have brief overview for following topics:

Let’s begin with 1stpart to understand Basic of ISO/OSI and TCP/IP Model.

What are reasons for layered model?

Transmission Control Protocol/Internet Protocol (TCP/IP) is a suite of protocol that governs the way data travel from one device to another. Each layer performs a specific function and is transparent to the layer above it and the layer below it.

A few of the most popular Application layer protocols are- 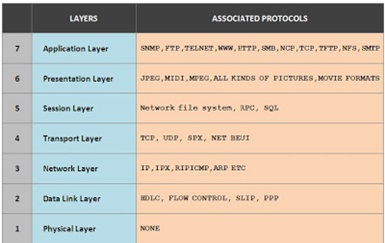 Two core protocols are found in this layer:

Several important Internet protocols operate at the Network layer like: