Is your server protected against port scanning?  The general answer will be “Yes, I have a firewall which restricts access to internal servers from outside.”

What if I tell you I can still scan the ports on your server and your firewall wouldn’t know about it!

People usually think that it is not possible to do a complete port scan on the web server and other servers behind the firewall. This article will make you think otherwise.

If the web application running on a server has SSRF (Server Side Request Forgery) vulnerability then it is possible to do port scans on the devices behind the firewall. Once you find a SSRF vulnerable server, SKANDA can do an automated scan for you and provide you the status of the ports present on that vulnerable server.

So what are we going to talk about in this article?

In this article, the agenda is mainly, Cross Site Port Attack. Cross Site Port Attack is a type of SSRF vulnerability (@ONsec_lab, http://lab.onsec.ru).Using this attack, Riyaz Walikar (@riyazwalikar) was able to do a port scan on the internal servers present in facebook’s intranet.  Similarly, he was able to exploit this vulnerability on Google, Apigee, StatMyWeb, Mozilla.org, Face.com, Pinterest, Yahoo, Adobe Omniture and several others. All together he was able to earn a whopping $5k as bounties using this one type of vulnerability. YES, it can fetch you that much money!!

First of all, let’s see how NMAP’s works

NMAP uses raw IP packets in novel ways to determine what hosts are available on the network, what services (application name and version) those hosts are offering, what operating systems (and OS versions) they are running, what type of packet filters/firewalls are in use, and dozens of other characteristics. In short, it uses TCP/IP protocol to do a port scan and the packets are sent from your machine which is running the NMAP scan.
So firewalls designed to protect from port scan are keeping a check on the ports and it decides which port is supposed to respond to any packet coming from a machine outside of intranet.

So is it possible to bypass these firewalls? -> Cross Site Port Attack:

Port specific payloads are crafted by the attacker and sent to the server. By analyzing the errors or the time delays, in different responses for different ports, the attacker can figure out the status of the ports present on the server. And while exploiting SSRF, the attacker’s machine is not directly interacting with the target server, the vulnerable server is doing all the dirty work for the attacker.

How is SKANDA’s port scan different from normal scanning:

Other scanners use TCP protocols to scan a particular server whereas SKANDA uses HTTP requests to scan the ports.

With normal port scanners, the attacker’s machine is scanning the ports of a server whereas SKANDA makes the vulnerable server scan its ports and provides you the port status.

SKANDA – some prior knowledge

In SKANDA, the ports are divided into three states:

SKANDA – How to Use

SKANDA is built as a module for IronWASP and is bundled along with it. To use SKANDA you must first start IronWASP, configure your browser to use IronWASP as the proxy and then browse to the target site. This way IronWASP will collect all the site information in its proxy logs.

Fig1. Setting up IronWASP as proxy

Open up the target site which has a SSRF vulnerable server. Browse through the vulnerable web application flow, how it should be ideally used by a general user. Ex: I have a php test bed (running on apache) which has the functionality to fetch an image from the entered url and saves it locally.

Fig 2. Recording the flow in IronWASP

Once you have completed the flow go to the proxy logs and select that request and start SKANDA.

Fig 3. Starting SKANDA from the logs

As the module is run, two windows will open up. On CLI and other, a GUI interface which will require some details from you before it starts scanning. (Do no close the any window if you want to carry on with the scan)

Below window will appear. SKANDA uses this particular http request as the base request to get the port status. If there is a special case then you may change the request, otherwise click “Next Step ->”. 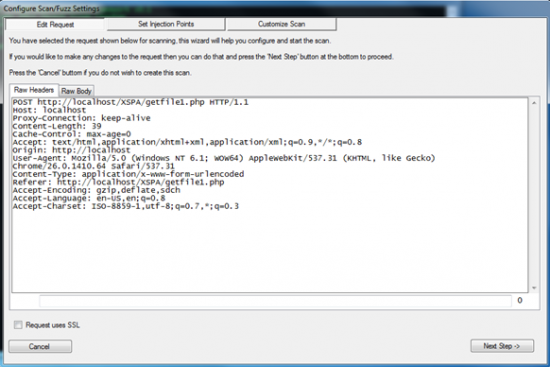 Fig 4. Making change to the base request

Since we are sending http requests, depending on the web application the request may require an active session.

So if you have created any session plugins which you want to be used while scanning, select it when the next screen appears. And click Done.

Now the GUI will close and the CLI will come into action.

Now SKANDA will do the following before starting to scan the ports:

Once done with the list of important ports. SKANDA tells you below details:

Now there are times where you don’t want to run the scan for all the ports, you want specific port to be scanned.

SKANDA is customizable, you can enter the range of ports you want to scan and you are good to go.

Start SKANDA from the scratch and select option ‘2’.

Now you will asked to enter the port range you want SKANDA to scan.And SKANDA will attack those specific ports only.

So, if you think your firewall is protecting you, think again!

If you encounter a suspicious parameter in a request, make sure you run SKANDA on it.

The current version of SKANDA (SSRF Exploitation Framework v0.1) can do a port scan. The future versions of SKANDA will be able to discover hosts behind the firewall, services running on those hosts and exploiting them accordingly.

Thank you all for reading.
Happy Scanning!!
Cheers!!

Jayesh is a Certified Ethical Hacker with about 1.9 years of experience in Application Security and testing. He is an author of open source tools - CSRF PoC Generator and SKANDA. Jayesh is very enthusiastic about making automated tools in order to make a Pen Tester’s life easier.